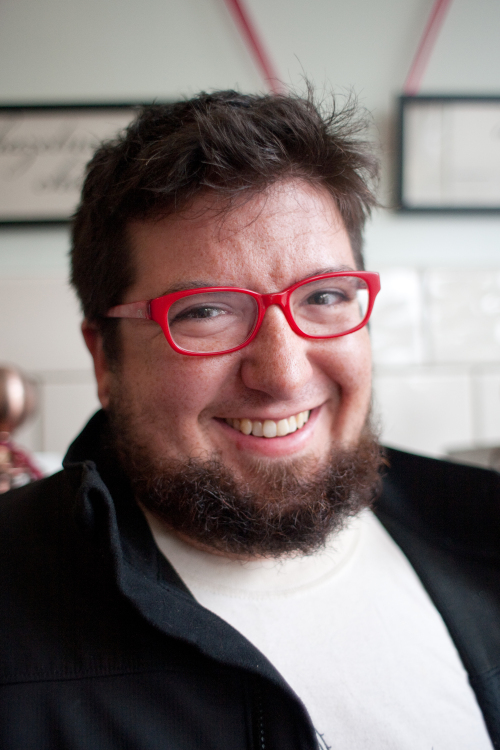 I used to work in the software industry, and am now a health care worker and certified EMT in California. If you want to hire me, you can always visit my LinkedIn profile and contact me via LinkedIn or via email ( mylastname at alum dot wellesley dot edu ).

Previously, I worked as an SRE at Google, where I was fired in 2017 for discriminating against white men. I also worked at Heroku, AlephCloud, and on the Rust team at Mozilla.

I live in Oakland, California. Most of this Web site hasn't been updated since 2016 or much earlier.

In 2015 I asked my friends to write a bio for me (thanks to Skud for this idea), and here's what they came up with.

Tim Chevalier was born in Massachusetts in 1980. He has occupied many roles and fit them to varying degrees of awkwardness ranging from "none" to "a lot": for example, Girl Scout, teenage writer of letters to the editor, UAW Local 2865 member, tenure-track graduate student, baritone in a men's peace choir, Mountain Goats fan, professional scolder (including being a scolder of fortune, amongst others), and computer programmer. He is knowledgeable about functional programming, language design, and cloud technologies. He graduated from Wellesley College with a BA in Computer Science and Mathematics in 2001, and from UC Berkeley with an MS in Computer Science in 2003. Tim has worked at Heroku, AlephCloud Systems, Mozilla, Portland State University (Oregon), and American Journal Experts, to name a few.

Tim became interested in computers at a young age. He was fascinated by the idea of a machine that he could control and program to do his will. It allowed him to do everything from solve math problems to play games to draw cool pictures. However, after many years of working with computers and other changes in his life, that need for a deterministic machine faded. He ran screaming from the tech world, and with good reasons. The computer now seems like something that is too easy to understand so Tim has decided that he will be a social worker, life coach and energy healer. However, he can't afford to quit tech yet so all of this is hypothetical.

He is a Californian cat father.

"Normal is a weapon of mass destruction. It's just as deadly, and just like those weapons, it'll never be found."
-- Thea Hillman

I'm a transsexual man, and I have opinions about sex, gender, and cisnormativity. Occasionally I write about them. Here's what I wrote in 2007 to announce my coming-out. My views have evolved since then; I'd summarize them now by pointing out that cissexual people get to self-report their gender without having to "prove" it by exhibiting their anatomy or genetic makeup, and averring that the same right ought to be extended to everyone.

For several years I was a regular contributor and moderator on geekfeminism.org and the Geek Feminism Wiki. I aspire to always speak and act with intersectionality in mind, knowing that aspiring is not enough and I'll often fail.

"But if you wish at once to do nothing and to be respectable nowadays, the best pretext is to be at work on some profound study."-- Leslie Stephen

I don't currently write open-source software. From 2011-2013 I put most of my time into the Rust project.

Software I've written and am willing to show in public lives on my community.haskell.org home page. I've also contributed a little bit of code to GHC and even less code to darcs. All of this is very old.

"She had a pretty gift for quotation, which is a serviceable substitute for wit." -- W. Somerset Maugham

Things that I wrote

"I'm willing to show good taste, if I can, in somebody else's living room, but our reading life is too short for a writer to be in any way polite. Since his words enter into another's brain in silence and intimacy, he should be as honest and explicit as we are with ourselves." -- John Updike

If you like what you read below and want me to encourage to write more of it, consider supporting me on Patreon.

These are my favorite organizations that I regularly support; mainly financially at the moment, though that could change. If you have income beyond your and your family's basic needs, maybe you should support them too.

Things people have borrowed from me (you don't care)

Things I want to read that don't have entries in All Consuming. (You probably also don't care.)

I wish to remember Esther Andrews, who died in 2001. Esther was my first friend who I interacted with unmediated by text on paper or a screen. She took all the risks and reached out to me despite a non-trivial age gap, and that seemed to come naturally to her. She told me once that I was a good listener.

I also wish to remember Bonnie Tinker, who died in 2009. I never really knew Bonnie, but she was central to the Multnomah Meeting of Friends, which I attended irregularly at the time. I always thought I'd have a chance to get to know her, and then a truck driver killed her.

I also wish to remember Igal Koshevoy, who died in 2013. I knew Igal as the face behind the Portland Functional Programming Group, which was a minor but important part of what kept me feeling connected to a bigger community when I lived in Portland. He set an example of how to run groups that welcome and include everyone. Igal committed suicide, and I wish that he could have been as kind to himself as he seemed to be to everybody else.

I also wish to remember Andrew Pimlott, who died in 2013. In 2007, Andrew helped me get a job when I needed one, and we were colleagues for a brief period before he left to take a hiatus from software engineering to work in a restaurant. Though we only worked together for a brief period, he was there for me at a very hard time in my life to patiently explain Haskell code, cook with me, and play Frisbee. He had a rare combination of genius and kindness.

I also wish to remember Paul Hudak, who died in 2015. Paul co-founded the Haskell programming language committee, and as such, did work (and inspired others to do work) that later shaped my own career for many years. When I interacted with him at programming language conferences, he came across as a warm and compassionate person.

I also wish to remember Nóirín Plunkett, who died in 2015. Nóirín was a technologist, writer, and activist who helped define feminist advocacy in the open-source community. They brought light wherever they went.

I also wish to remember Alfonso Gracia-Saz, who died of COVID in May 2021. He was a great teacher and a kind and generous friend.

Most of all, I wish to remember Debra Boyask, who died in 2013. Debra was a teacher, researcher, comics creator, and to me, a friend and lover. The time she and I spent together was brief, but important. I take my tea with milk because of her.

Last modified: May 9, 2021
Style and some substance shamelessly ripped off from Juli Mallett 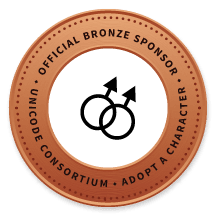